Our Jack Jack is 21 months today.  I can hardly believe it.  In fact, I’ve had to count it out several times to make sure I’m right.  Seems like he was a little babe just yesterday, yet at the same time it seems like he’s been this fun little buddy of ours forever.  Time is funny like that.

Here’s a very brief recap of Jack’s life at 21 months:

A week ago he started sleeping in his big boy bed, and he has done great!  It was a scary transition but with the help of a new turtle/star nightlight, and the fact that Jack is just an awesome and really brave boy, he’s doing great in his new bed. 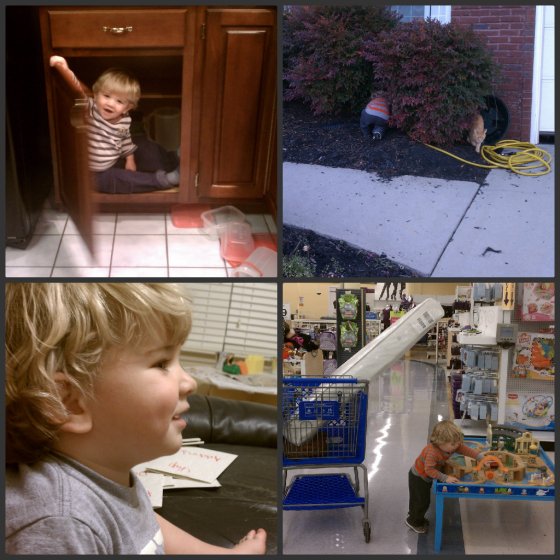 Jack is still an active, active boy.  He loves to run, climb, play, and be adventurous.  He definitely keeps us on our toes and keeps us busy.  He’s also a very reserved, shy, and careful spirit.  He’s cautious with new people and in new places.  He watches for a long time before he decides to join in, but once he does join he goes at it fully — as long as he can check in with me and Tommy and let us know how much fun he’s having.  He loves fiercely!  I don’t know if I’ve ever known anyone who loves as much as Jack does.  He goes all out.  He gives us big hugs and kisses, too.  He misses his family when he doesn’t get to see them, and talks about them all the time.  I mean probably a dozen times a day he asks questions about his grandparents, aunt, and uncle.

He is getting really good at letting us know what he wants.  There is still some frustration there on both ends when he just can’t quite communicate with us what he is wanting, but for the most part he gets his point across.  He’s good at going through the cabinets or fridge to pick out a snack.  He answers us when we give him 2 choices.  He is doing a great job with using his fork and spoon.  And he still loves his fruits and vegetables.  Tonight he ate all of his broccoli and then took all of mine off my plate and ate it all, too.  That’s par for the course around here.  I’m not complaining. 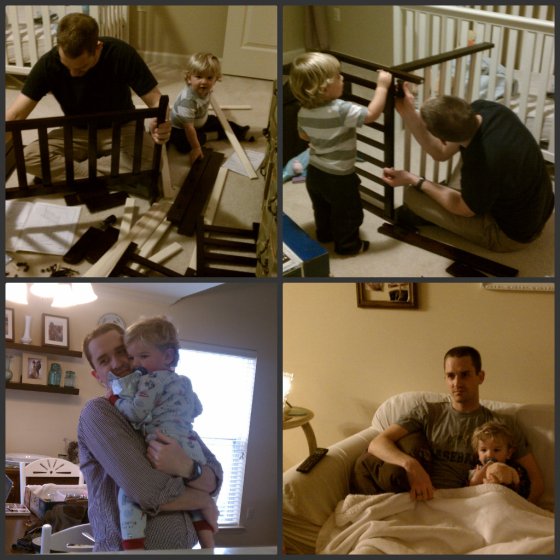 I was trying to think of some of the words he says these days and was so so happy to come up with such a long list.  I know there are many more I’m not thinking of now, but our boy is talking really well.  I’m so thankful and relieved because he was so slow to say words and was on the bottom of the “normal scale” for words he was saying.  So it’s just great to hear so much from him.

Here’s a list of some of his most commonly spoken words:

Meow meow with hand motions on face — for cat

Most of his family member’s names

Ya Ya — for Lady and Eli, our dogs

Makes a noise for helicopter 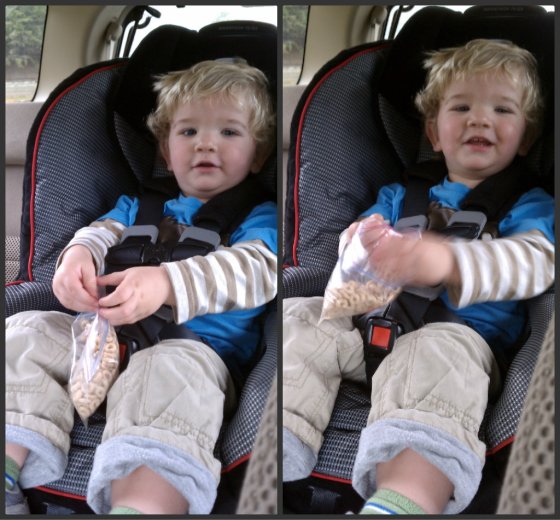 He says Woah!  a lot!  Usually when we’re in the car and he sees a truck, some construction, or something else that otherwise impresses him enough to warrant an excited scream.  I love when he does this!  It’s so fun to see him excited and passionate about things. 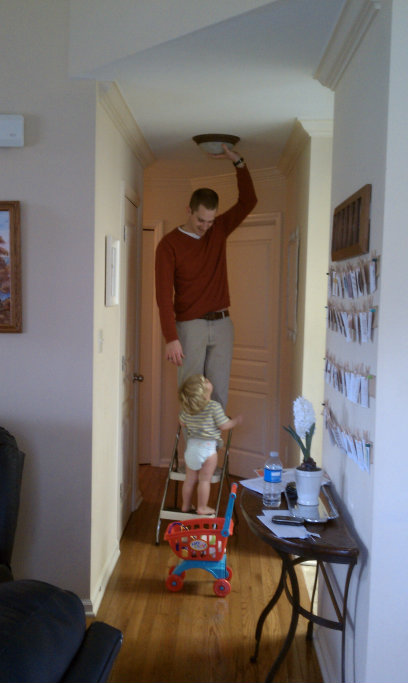